From vintage yacht to ocean cruiser

What does it take to refit an 30 years old boat and make it a modern ocean cruiser and home for five?

It is good to start by saying that every boat is case of it´s own and every boat is different. This is a story of 1982` Swan 57 s/y Panacea.

We bought Panacea after she had been lying on hard for four years in Turkey, so it was expected that there was lot to do before she was ready to be launched. Prior to our purchase many upgrades had been done already during 2004-2006 when the hull was stripped and sealed, hull and deck were painted and new teak deck was installed as well as all interior re-varnished. However, we had heard and read many horror stories about buying an old boat abroad and were of course somewhat worried about what we would find.

Here is the list of works already completed on Panacea.

Many things already done but long list still remains to be completed before June 2016.

Plenty to do, but we are getting closer and closer every day.

Some HRSEQ notes to ponder

From vintage yacht to ocean cruiser

Cruising in Turkey and Greece in May 2014 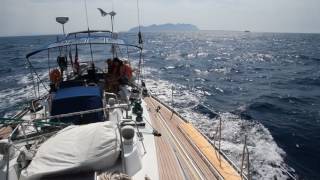 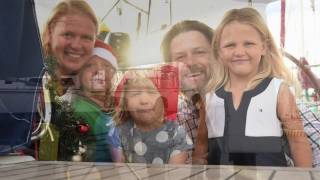 Year One In Pictures